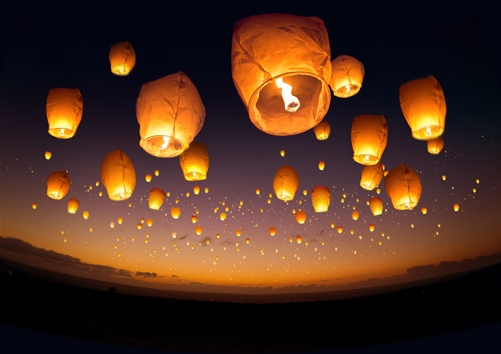 In my practice and throughout my writing I often refer to things called ‘belief systems’ or ‘programs’. So what exactly are these and how do they affect my sovereignty?

You may think you know what they are and how they work, but I will go through it anyway, because I think there is information here that you haven’t thought about and that will help you.

During your development in the womb and often up until you are about 2 years old, you are still directly connected to your soul as a kind of external entity that is not always directly in the body. This is totally normal and nothing to be concerned about.

At about the age of 2 you begin to develop a direct integration with your soul, or your I AM presence. The I AM is kind of like the ‘best’ version of you, it represents who you truly are before and after incarnation.

So, that’s a little bit of background for you to now understand what belief systems and programs are and how they affect you.

What are Belief Systems?

Belief systems and programs put simply, are ideas and understandings you create and maintain about life and yourself. They can come from anywhere, sometimes you bring them in as part of a ‘past life’ learning but most often you come in ‘clean’ and learn how life works and what is true about you and life through your interactions with other humans.

Most of this occurs during the first 6-7 years of life where you are constantly doing the “assessment thing” on all of your behaviours, and the response they get, in order to figure out what is true about this Earth life, what is true about you and how do you get what you want – which in the early stages of life is fundamentally, ‘how do I get loved? what does it take to be human?’

Based upon your actions, and the reactions they receive, you create belief systems that you maintain as true throughout your life unless you begin to question them. Really common ones in our society are belief systems around scarcity and deserving. So, for instance, as a little child you may experience arguments in the family about money, or you may be told that you cannot have something because it’s too expensive, or you have been too naughty.

To the ‘assessing-what-is-reality-and-who-am-I’ child brain, without the ‘sophistication’ of adult thinking, this can create a belief system of ‘money is hard to come by’, ‘there is never enough for what you want’ and/or ‘I don’t deserve nice things’. This is a really simplistic example but it illustrates quite nicely what a belief system is.

Programs are belief systems that have been ingrained into you and are now running or creating within you certain behaviours, attitudes and actions that dictate your thinking about, interactions with and beliefs around reality. They are a created construct, created by aspects of self often through trauma and/or ego.

So belief systems form to help you understand reality, they may or may not be true. What often happens is the belief system is formed within the first 6-7 years of life, and this gives the child a foundation for how to interact with life, with people and what to believe about the self. For the remainder of that person’s life, usually what they do is continuously reinforce that belief system by interacting with the world from the perspective of that belief system.

Programs are slightly different in that they are kind of like an operating system overlay into the human that distances one from the original operating system of the I AM. Programs usually arise from belief systems and can actually become so powerful within you that they appear to be a separate entity controlling or delivering your thoughts and actions.

Consider when you just blurt something out or when you get really angry, and later on you think to yourself, ‘I can’t believe I did that!’. that could be a program, it feels like a separate entity, it enacts behaviours that don’t appear to align with the way you would like to live, behave and feel.

So, during sessions sometimes I will refer to entities, programs or belief systems, but they are nothing to be afraid of!

Who Owns the Body?

All we need to know is that you, as the sovereign I AM who incarnated into this body, you own it, you have the rights to it, you have the universal freewill to claim it and operate it as you desire.  So when a program or belief system appears to be acting like an entity, all that has happened is that you have ceded authority and power to the self-created beliefs about life and you.  You have allowed it to dictate your behaviour and reality.

It’s not your I AM and it’s not who you truly are!

It’s also, not more powerful than you or your I AM!

And, it’s nothing to be ashamed of, this happens all the time – practically everyone is operating from programs that run them rather than from their I AM, partly because they don’t know they are, and partly because it can seem really difficult to change that.

Some people can very easily dissolve belief systems and programs, or bypass them and create new ones.

Some people find this a little more challenging and need external help – there is no shame in this (shame, another program!!) because it is actually in your DNA.

Some people have ancestral lineages and DNA imprints of being able to easily self-heal and correct, others need external help. It is still a very sovereign choice to know when you need help and seek it.

I hope that this very brief explanation about belief systems, programs and self-created entities has helped you gain a little more clarity and a lot more sovereignty.

Next time you feel you are experiencing outcomes you do not desire, stop and think;

Question every belief, challenge every program – not from a fighting point of view, there is nothing to fight. Lay down your arms and re-claim your empowerment and sovereignty!

And if you need help to do it, to understand it better or just to shift it, do that – taking care of you and your bodysuit is the most sovereign thing you can do!