The Journey of Two 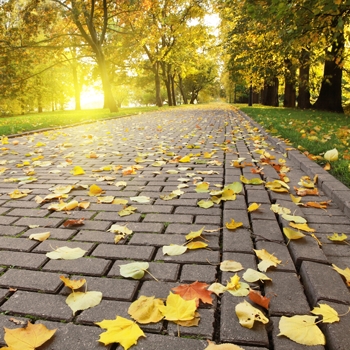 Two was a singer of worlds, a powerful strong clear voice that tamed the winds and saved many.  Her tones and frequencies crossed dimensions to touch the hearts of those that were bent on destruction and invasion, possession of not only lands and planets that were not theirs but actual bodies, minds, hearts and whole histories of beings that were not them.  She sang the songs of salvation, rejoicing and forgiving; igniting in those that heard them the memories of love, what it is when they had never felt it, what it was when they had forgotten it, and how to find it in their hearts and with each other.

She woke those that were so deeply asleep they had forgotten it was all a dream and she awoke them with such gentleness that they drifted into knowingness and profound illumination through grace.

Whole planets and galaxies of beings were reminded of self and love, awoken in one note of frequency so purely perfect for them that in that micro-moment their tears and laughter collided for full cellular transition, for a moment they ceased to exist as they stepped between moments and spent millennia rediscovering who they really were before returning whole, healed and filled with such joy that they no longer remembered what was keeping them from the love.  They threw down their swords and remembered their ancient desire for unity.

She sang of such beauty that whole landscapes reformed to match the exquisite forms and moulds, to shape to the pulses and vibrations of true Source delight.  Planets and stars called her to heal them, help them, ignite them and offer them the chance at salvation. Those that had been at war so long they knew nothing else, those that had been betrayed, conquered, terrorised, raised and raised and raised again, those that had lost themselves to revenge and retribution, those that had given up on fulfilling their yearning for comfort, peace and love, they all called to her to fill them once more with such beauty, such love and such delight that all were transformed, their words became words of understanding, words of peace and words of regrowth.

It was long ago that Two was called by Earth.

Earth had been through a deep betrayal that left her battered, bruised and barely surviving when she called to Two for help.  And Two came.  She came with kindness, she came with honour.  She came with an open heart to offer her service, her healing, her frequency and her vibration.  She came to offer the sounds unheard on Earth for so long, the frequencies of unconditional love.  She came to experience this amazing being called Earth who had many names, much mystery and many stories.  This marvel, this gem, this jewel was known throughout the stars, she was coveted, she was prized, she was desired, by both those that wished to harm her, possess her, and those that wished to grow with her, bond with her, learn from her.

Two wanted to help.  So she came.  Across a vast distance, across a vast time.  She came and she sang and though her song had healed countless others and though her vibration and frequency had awakened many a planet and brought them back from the bring of oblivion, back home to themselves, she could not break through the warring grids and mechanations of Earth.  She tried and tried, her people incarnated to try from within but Two was not allowed.  She was the jewel of her soul family and it was known that the incarnation grids on Earth were a trap that could entangle those who incarnated for many millions of years.  So she was protected and prevented – if she incarnated directly she could be lost for millennia to Earth life, reincarnating and reincarnating to try to finalise a karmic loop ignited on incarnation until she was soul tired and forgot herself.  There were many in the galaxy who still needed her and her family, so this was prevented.

For millions of years, members of her family incarnated to try to bring the vibration, knowing, skillset and heart resonance of Two to the Earth through their connection to her – and some of them came close, some of them made huge leaps opening the hearts and minds of many and bringing the unity of love to humanity, but only in short bursts.  The deep cellular transitioning needed for the humans to remember unity and live it, know it, express it, was only ever achieved on a small scale and usually temporarily.

Two’s family was very old, very powerful and very kind, they wanted to do something – Earth’s distress was rippling out into the Galaxy and beyond, many beings were being hurt, hindered and detoured by her pain.  It was time for drastic action and so, potentially putting their entire family at peril for millions of years, the Elders decided that Two should incarnate.  If she could somehow go through the great forgetting and then remember who she was and somehow avoid the monitoring, trapping, detouring and deceiving that was standard practice on the Earth planet, then through the power of song, literally one song, even one note in one song, she could wake them, shake them and unmake them, dissolving and neutralising the fakery, the sorrow, the sadness, hatred and vengefulness that lurked in their hearts and remind them once again of the truth of love and individuality in unity.  With plans in place, and much wheeling and dealing for specialised synchronicities and serendipities, invisibilities and unpredictabilities, she was born.

This tiny child, somewhere on Earth, with the voice to change it all.

She is here, waiting, fighting and igniting; to wake up, to sing the song that rings out across the world.

She is here to sing.

She is here to remind the cells and minds of who they really are.

She is here to be the I AM and show all the I AMs what freewill really is.

Finally, the call has been answered.

There is One, and now Two is here.

There are many more – the greatest of the greatest willingly entangling here knowing the stakes but choosing Earth and humanity anyway.

She is strong, she is powerful, she is targeted but so far she is invisible.  The mighty voice to ignite the Earth and her people into remembering.