The Journey of Three 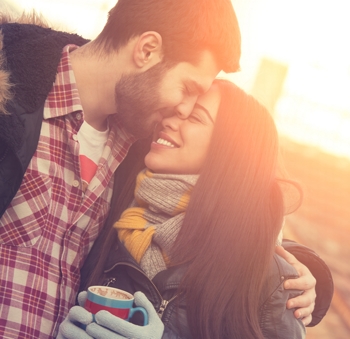 Three came from a place far far away, a place of peace and beauty, a place of courage and kindness.  He and his family heard the cry of Earth and though he was happy where he was, and was nearing the completion of his soul’s journey as an inhabiting incarnate, he felt a desire to help.  His whole soul family, who had mastered the masculine energies, felt the call and they came.

She was calling for men of courage, men of strength, power and gentleness, men of presence, calm and peace.  Men who understood the virus of violence and the mutation of anger and could maintain their power without becoming victims to the virus and mutations and victimizing those around them.  Men who could take the very great power and strength imbued into them by the masculine DNA skinsuit, the direction and focus offered, the true ability to see, and hone in on, the one thing they needed to do at any given time and use this with grace and calm for the good of all.  To stand in strength and take care of those that were physically weaker and those that they created or chose as family.  Men with the courage and bravery to do this, again and again, against overwhelming odds, amidst chaos and violence, anger and hate, amidst tears and suffering, shaming and blaming.  Men who were ready to be all that a man was designed to be and by their gentle strength and courageous action teach the sons of Earth how to be a man.

Blessed Mother Earth cried out for her Divine Sons to return, be born and populate once more.

Three heard the call and though he was completely fulfilled and joyful in his life the distress of such a noble feminine force was too much to ignore and so he came.

He was born unto a female of great courage, through great sacrifice, and she imbued him with much love and much fortitude.  A solo mother she favoured the masculine force within herself and sometimes lost her way in the deluge of stress and responsibility of her life and those she cared for.  Without a strong masculine force in a male human to teach him how to engage with his own strength and master the feelings, the fire and the fortitude within, Three initially learned the masculine from his mother.

He learned to be quiet when told, he learned to be good and hide his fire, he learned the female’s needs were more important than his own – this was not the fault of his mother, simply the result of his masculine force being socially conditioned by a feminine force under stress and favouring the masculine, neither of them knew any different, and it seemed truth to both of them.

He learned yelling and screaming, correcting and berating, were natural and normal and he was to be quiet and allow it, for if he let his strength out, violence would occur, and that would harm or break her.  This of course was not allowed, nor what he desired.  He was strong, but he kept his strength contained.

So he learned to channel his frustration in other ways, he learned to throw things, punch things, break things, to let his anger, oppression and suppression out, without causing any physical harm to those he loved.  He didn’t want to cause harm, he didn’t want to be so angry, but he knew no other way and the best he could do was to channel his chaos, rage and the fire that erupted within him and surged through him into objects, things and verbal fury so that he would not cause any physical damage – to anyone but himself.

He had lost his way but still retained a semblance of his core mission of divinity in masculine human form – he kept himself from physically harming any She, but he was in pain, he was in turmoil, he was deeply empty, angry and unfulfilled.  Something was missing, something vital and it left him feeling incomplete, distressed, disturbed and unable to find his peace and calm.

He didn’t know what it was but his mother had taught him that women didn’t need men for partnership or help in life, so he knew it wasn’t that.

“If women didn’t need men, if they could do it all alone and do it just as well as men, then this emptiness cannot be the lack of woman, it cannot be the lack of partnership, because men and women don’t need each other I have seen it again and again.  They don’t need each other and they only come together for momentary fulfillment, followed by arguments, distrust and betrayal to live life in misery and misunderstanding or break apart and do life alone.  So, I know this urge towards joining, bonding and deepening connection is a weakness, it is not what men do, it is childish, weak and subservient, this vulnerable need to be loved and to love deeply profoundly and ecstatically is what is causing my pain.  There is obviously another solution where I can smother, bury or clear this deceiving need that is driving me into these actions and words of anger”

It never occurred to him that he might be wrong.

He was so convinced by his hormones, and his masculine might that he had come to the correct conclusion and everything in his society back him up.  All things pointed to men in charge, and lack of vulnerability for men, and by men, being the most beneficial and lauded way forward.  It was weak to be vulnerable, it was weak to be swayed by the female, it was weak to love her so much that you prioritised her needs and wants above work or male friends.  He saw that the strong man was the loud man, was the man with many lovers, was the man who was rich and powerful, and to be this he had to be invulnerable, not vulnerable!

He worked many years to smother the vulnerable need to love and be loved in a sacred equal calm and joyful union with a female and instead indulged his senses and disrespected the female and the bonding with them, many of them.

His life became hollow and boring, he became cold and closed.  It was simple, it was easy and he used his magnificence in large and small manipulative and betraying ways to trick the female and get his needs met, but his deepest desires were never met, those desires he had denied and almost forgotten . . .

Until one day She arrived.

She came into his life unexpectedly, uninvited, and ignited within him a fire of desire deeper than that carnal that he knew, there was that, but there was more!  He felt a desire to please her, a desire to protect her, help her and be there for her.  At first, this angered him and he blamed her for the feelings, the weakness, that she ignited within him, but when she walked away he felt his heart hurting and his thoughts were again of her and how he could be of service to her.  Something deep within him kindled the feeling that this was not actually weakness as he had thought.  His distortion was such that he didn’t’ know how to do this without being overbearing and oppressive to her, but he tried…

He learned to take his cues from her, if she smiled he would do more of that.  If she was displeased he would stop doing that.  If she talked, he would listen and act upon it.  If she was quiet, he would ask for more information.  Slowly he learned that his calm power and physical strength was the most appealing to her, his kindness and humour was the most igniting to her and their bonding was awakening to both of them in a way that he had never experienced before, beyond any pairing, any experience or any drug he had ever had.

One day he realised that his emptiness was filled, his journeying ended.  She was the destination, she was the missing part and she was safety.  With Her he could be all of his magnificence in completion and there was no shame in that.  There was no fear in that.  There was only grace and glory as who he really was; power, might, tears and delight, came proudly to the surface and he became who he always was, who he is and who he always will be, in the safety of her.

Three had been birthed into his divinity through love and the allowing of it, and he had become a beacon for his sons to emulate and one day emanate that same power themselves.  The respect and kindness he showed others, the value he placed on the female and her areas of power, the peace and sympatico that reigned in his relationship was more than he had thought possible as a child, but all that he somehow remembered from somewhere else.  “Where?” He often wondered.

Now that he had found it he remembered it and knew it was what he had come for.  She had offered him the haven, the love, the gentle guidance to help him allow all that he truly was to emerge – and it did!

Blessed Mother Earth had invited him to shine – and, eventually, he did.

His glory was her joy and his joy her glory – as it is in a sacred relationship of honour.

She was pleased this shining beacon of true masculinity had made it through the mires and mazes of distortion that the sickness of war and violence had created for men and women on her planet.

The more beacons of love and strength in true form of each gender the closer we come to peace.  She observed his actions and saw the lines of light ignite in and between each person he encountered as through his mere presence, they questioned their own behaviours, their own relationships, their own choices and happiness, and, stretching and yawning, rubbing their eyes to once again see with clarity, they began to awaken and She began to celebrate – her children were finding themselves once more, all because one man was brave enough to honour himself, his love and his needs above the chaos and violence, anger and insult he lived amongst.

The great awakening had arrived.