The Journey of One 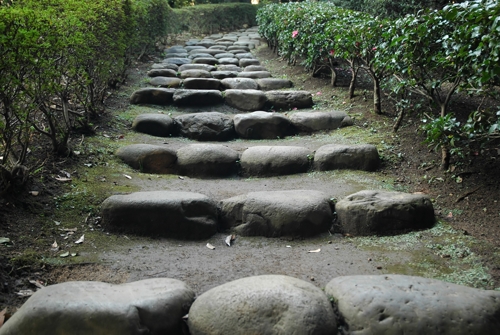 The Wordsmith and breath expert.  An elder from a soul family of wordsmiths and writers who have traveled the galaxies and universes creating great tomes of beautiful words – scribes, authors, lyricists, playwrights, poets and even mystical sage writers – the storytellers and history writers, the igniters and awakeners who have, time and time again, brought you back to yourself.  Whole planets and galaxies being awakened by the mystical, profound grouping of words in cadences and breath patterns that ignite and enlight those that truly read them, those that truly engage with them and carry them in their heart and in their spoken word.

One is an elder who has done this on many planets in many dimensions in many ways.  He is a Master wordsmith who has been an elder of this soul family for millions of years.  Some of his family have previously incarnated upon Earth and have even had great success as authors and writers here but they have been marred by Earth life and trapped in the reincarnation cycle, hijacked by the incarnation cycle and unable to be of impact through words any more.  So the family has made a plan, it’s a rescue mission, to release their trapped family members and reunite loved ones and soul mates that have been apart and yearning for reunion for millions of years.

They will send one of their wisest and most ancient and powerful elders to Earth to incarnate and bring to that place the power of words to ignite and enlight, he will be the One who understands not only the words, the ancient power of language, but also how that language has been perverted and he can correct this, subvert this and recreate a sovereign human state with words.

One also understands the breath! So important – his ancient knowledge of combining breath and sound and words dissolves many blockages opens many eyes and leads many back to their own sovereign state their own soul memory and brings a massive influx of light and remembering by word structures read allowed in a certain cadence combined with breath.  He will do this to such a high light degree, with such potency and power that his family members, the many thousands who are trapped on earth in the reincarnation cycle, and the many millions of members of other soul families connected with, allied with and friends with his soul family, will be drawn to him, his work and exposed to it as part of the dominant paradigm on Earth within the first 30 years of his life and then magnifying and expanding his reach over the remaining years of his incarnation which is designed to last a very long time.

One is called upon to incarnate by his soul family to help Earth but also to create a destiny for millions to complete soul codes and thus escape the reincarnation wheel they are on.  This will also help souls to somehow traverse the separations between them and their soul families and lovers from who they have been separated for 1000s or 10s of 1000s of years or more.  One is a great light being and powerful spirit destined to bring great changes, so his coming has been planned very carefully, mapping out his lineage and birth time very carefully, to ensure the correct mother and father, the correct earth family (his soul family incarnated) the correct sperm and the correct egg, everything planned and worked towards for hundreds of generations.  Now is the time.

He contracts an agency with whom he has worked many times and he begins mapping out the finer details of his contracts as he grows as a foetus in his mother’s womb.  Unfortunately, the Agent he is working with is now also a freelance agent for those that would distort spiritual contracts of those incarnating for their own purposes and the system of power over so rife on Earth.  Unbeknownst to him, his agent reports his upcoming incarnation and wheels are set in motion to pervert, distort, limit and inhibit his plans and impact.

His mother is sent difficulties to try to abort, or increase her stress to flood One’s foetus self with the chemicals and hormones to ignite his stress and fight flight systems creating in him an initial setpoint of fear, worry and offense, which was not part of his plan.  He stays nonetheless – it is his time and he knows he has help.

So the system sends persuaders to create the c-section birth to create a deeper and stronger forgetting in One.  One becomes aware of the machinations to thwart his arrival and his plans and so decides to come early, before the system can switch souls for the body and deny him his planned incarnation body and family.

He arrives early in the body he chose, into the family he needed but the rush to arrive and the c-section at birth meant he went into a very deep forgetting and he was rushed away from his mother into an electronic crib which separated him from his bonding time to his mother and being human.

All his helpers, all his guides and guardians, all his family in the unseen watched as One forgot it all, the c-section almost totally ripped out all connection within him to the wordsmith lineage and the breath connect and he slipped deeply into the pain and anger of the harshness of his new world.

They watched as his unguarded body and spirit was immediately set upon by the system of domination and control in ways designed to trap and limit him – registering him in their system and monitoring him for the rest of his life.

The agencies he contracted with to ignite and arrange the synchronicities and serendipities through his life to achieve his plan were taken over and overrun with shoddy and low-quality agents fulfilling the contracts in basic and crushing ways.

They watch as One’s bright light powerful potential was slowly and consistently dimmed and crushed unable to do anything until and unless One called for help.  The freewill was key, unless he called, unless he denied the control it would keep happening…  And so it did.

But One’s spirit was too powerful, the great forgetting held, yes, but so did a great knowing that there was more, he was here for more, there was something to be done and even though he knew not what that was, he sought it anyway.

Each day is ground zero

The awakening and remembering of One.