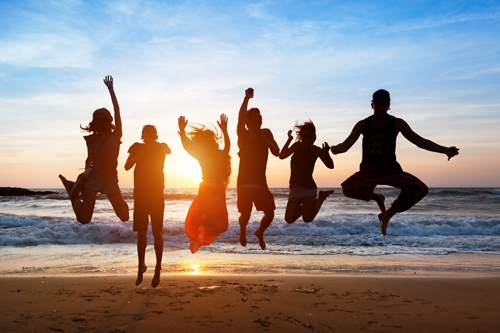 So, what do you believe to be true?

Look at your external reality and it will show you all the internal beliefs you have, that you operate from, that you have accepted as truth, and/or ‘the way it is’.

There is a catch 22 concept here whereby we see things playing out in our external reality and we then ‘believe that to be true’, but the opposite is also at play, we have convinced ourselves that certain things are true and hence we see them in our reality, which then allows us to ‘see it’s here, it must be true!’.

Leaving aside for the moment the concept of collective consciousness, what you may be able to now understand is that your belief systems, what you believe to be true about yourself and life, in general, will dictate what you see play out in your material reality.

Well, when you go to a movie, do you walk in there and allow yourself to be transported into another person’s life and experiences?

I’m going to hazard a guess and say, no, you don’t do that.

At worst you may sometimes exclaim to the self ‘well, that’s hardly believable!’ when something pretty incredible happens on the screen, like the hero jumping from a second-story window and not twisting or breaking his/her ankle.  But overall, even though at some level you know they are actors, you willingly suspend your belief and go into the story and engage as though the characters they are playing are who they are.

Over the years of watching movies, tv shows, plays etc you’ve become a Master at suspending belief and going along for the ride offered by the show and characters, haven’t you?  You can walk into a movie and totally engage with the story without even thinking of the fact that you are just watching people pretending to be other people – you’re a Master at suspending belief!

Now take this concept of suspension of belief, which you know you are expert at, and apply it to your own life.

Where are you believing something that you feel is true, and you feel you cannot extract it from your belief system, yet you know it is impeding your ability to be who you want to be or get where you want to get?

Now, suspend that belief for a moment, that belief that there is something within you (a belief system) that is impeding your ability to create something better for yourself and, using your imagination, step into a reality where that belief about yourself is no longer true – and create!

Yes, play make-believe with yourself;

What if what I believed, I no longer believe?

What if all that I think is true, is no longer true?

What if I didn’t believe that I am too small, too at the mercy of others, too influenced by the collective consciousness, too trapped, too tired, too whatever, to create the life better than my dreams?

Who could I be then?

What could I create then?

Now, feel the excitement of that new creation.

Feel it!  Jump up and down with it!  Really engage with it!

Woo hoo! I am more powerful than I ever thought possible!

I am the Master Creator of my reality!

(or Co-Creator if you prefer, it doesn’t matter if you claim Creatorship or Co-Creatorship with the Source of all, it all happens in conjunction with or through you as appropriate anyway)

Suspending your beliefs like this, knowing that you are the Master of suspending beliefs and doing it consciously to create the new helps you to actually overcome limiting beliefs.  And then, one day, you realise that those limiting beliefs are no longer there and your system is now totally accepting the new belief and reality system you created by suspending the old one that held you back!

Here’s a secret that is little talked above:  the greatest and most important changes you can make to interacting with and creating your reality really are so very simple!  It’s why you are bombarded by distraction and over information, because if you knew how very simple it was to change everything, to claim sovereignty and begin to shape your life to your liking, how different would your world be?

What if you were more powerful than you ever imagined?